Posted by christyweezer on March 13, 2017 in Uncategorized |No Comments

If you were lucky enough to be friends with Devin Ayers, it was like hanging with Bukowski or drinking until dawn with Hemingway. His intelligence was fierce and he always stood against blind authority, sexism, racism, and had the back of creative people of all sorts.

Devin and his family were the first to open a skateshop in Kokomo, and maybe even in the whole state of Indiana. Their most memorable ramp was a metal half pipe that would burn your skin when you fell, much to the delight of Devin’s hard-core instincts. The shop eventually turned into D.K.’s and is now Mainstreet Skatepark.

He was an avid writer, and for most of his life he wrote about the hobos, travelers, and low-living people he encountered while riding trains and traveling in his 20’s. He wrote most days with tremendous energy and on a rigid schedule. He received his masters from St. John’s College in Santa Fe and then a teaching certification in secondary education. For 10 years he taught in the English department at the Academy of Technology and the Classics, a high school in Santa Fe, and developed a teaching philosophy that demanded and respected independent thought. He was co-writing a book about his  teaching philosophy prior to his death.

Devin’s wake was held at Mainstreet Skatepark on March 3rd, and at the same time friends were gathering in Santa Fe for a separate memorial/wake. His Kokomo friends each reminded me of Devin. They had an element of their look, personality, or mannerisms that was distinctly Devin. I couldn’t tell if Devin was the inspiration, or if more likely this group of skaters from a small midwest town equally rubbed off on each other. I wondered if I put them into a big bag and smashed them into one being, if maybe, just maybe I could talk to Devin again. It was a sad but beautiful site, and worth noting that beyond the cliche- he was right there with us. – RIP Devin 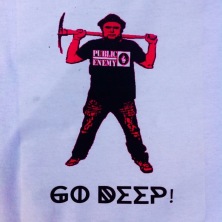 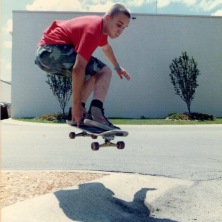 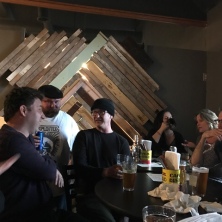